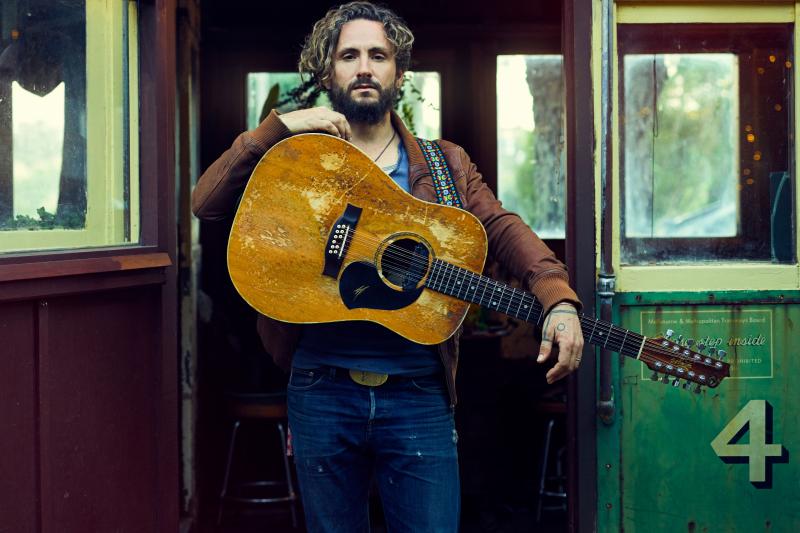 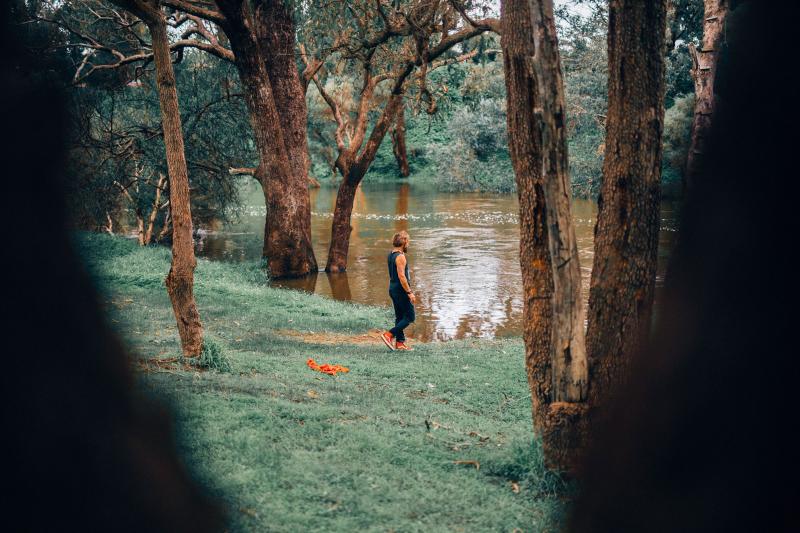 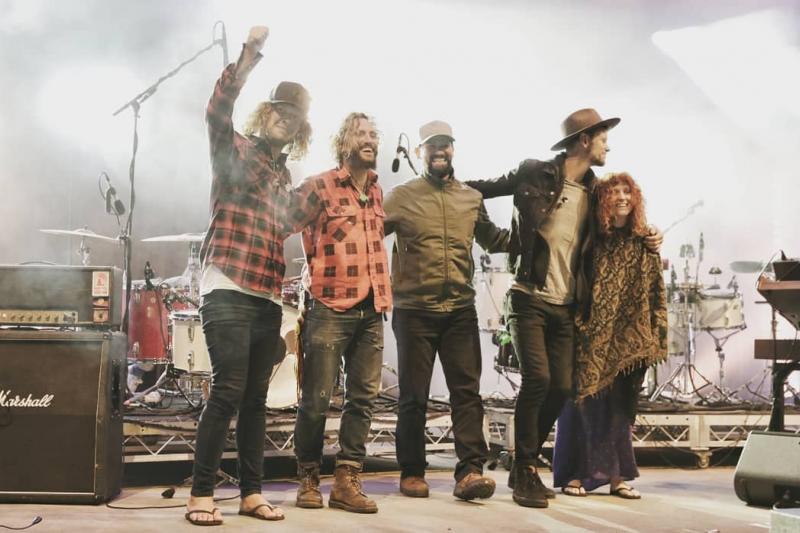 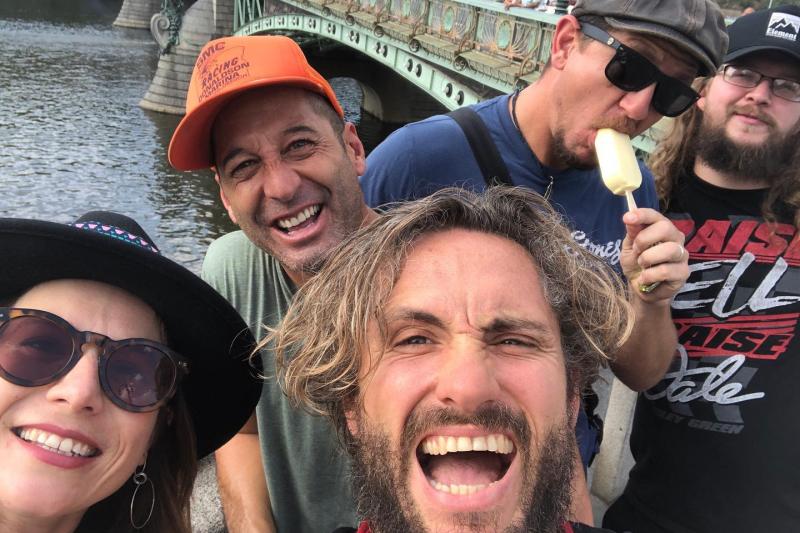 Returning home isn’t easy for John Butler. Australia is already remote, but Butler hails from Fremantle, near Perth, on the nation’s arid west coast. The house where he lives with his wife and two children—at least for the brief months when he’s not touring—is a three-hour drive into the countryside from Perth. “We live in the most isolated part of the most isolated country on the planet. It’s the Westeros of Australia,” says Butler with a laugh, just before soundcheck in Nimes, France. “Getting home takes a long time.”

In the early 2000s, Butler toured the U.S. with the Dave Matthews Band and played Bonnaroo, building a dedicated American audience that secured a career far from home. Listeners were drawn to his distinctive style of lap steel and 12-string guitar music that never shied away from environmental and political issues. His roots-based, grooving sound provided a danceable accompaniment to his activist message.

But on Home, his 2018 release (the sixth as John Butler Trio), Butler has journeyed far from his dreadlocked days as a would-be revolutionary. Today, he’s a modern family man, spending his free hours on the road, calling home or building beats and layering tracks for new songs on his laptop. In Home, Butler found inspiration in his struggles with being absent, and in his growing embrace of the digital tools available to bring his song ideas to life.

Butler spoke with Charleston magazine during a phone interview in July, near the end of a European tour that’s followed directly by a series of U.S. dates, including a sold-out performance at the Charleston Music Hall coming up on Sunday, July 28.

CM: You last played the Charleston Music Hall in 2014. What do you remember most about your visit to the Holy City?

JB: What I know about Charleston is that it’s where my American co-manager lives. And the minute I walk into the venue, I’ll be like, “Oh, yeah, I know this place.” I like that neck of the woods. Our fanbase there, they’re special people.

CM: On Home, you went from writing about the problems of the world to writing about your own world. Was it cathartic to write about home while you were away? And is it now a bit ironic being back on the road to support that material?

JB: There’s always irony—lots of that. The more I know about revolution and the human psyche and politics and love and loss, I realize that the journey is a very inward one. If you want to change the world, you must change yourself. If you want to point the finger, maybe point the finger at yourself first and make sure you’re above board before you get so high and mighty.

I prided myself on being a bit of a flag waver. At the moment, I’m so over the “us and them” of it all. Can we be comfortable in our own bodies? Within our own planet? Within our own countries? These are big questions that get more interesting answers, rather than ‘Are you Democrat or Republican, black or white, Christian or Muslim?’ Home is just one aspect of this album. Home is always a personal journey, and being back on the road is ironic, but it’s also a strange cathartic healing that takes place when you do it in real time.

CM: If you lived anywhere in Europe or North America, you could get home for a few days in between sections of your tour, but it’s hard to get home to western Australia. How difficult is it to spend time with your family?

JB: My wife has been extremely supportive over the years. I actually just picked them up from the airport in Milan yesterday, and we’ll be together for the next 10 days.

CM: You’re pretty good at riding a skateboard in your video for “Wade in the Water” (on Home). Do you bring a board when you travel?

JB: Whenever my son’s out with me, we skate. He’s nearly 13. I told him to bring the boards, so he just brought mine out yesterday.

CM: You’re also an impressive tree climber in the video for “Just Call.”

JB: I’ve always loved climbing trees, and the tree in that video is a special tree in my hometown. All four of the videos we made for Home were meant to be very simple. I watched Childish Gambino’s “This is America,” and I was like, “Do we really need to make another video?” That one just killed everybody. That’s the video of all videos. There’s no point making another one when you’ve got that out there.

So my management said, “Why don’t you be you?” I like to climb trees and skateboard. In this day and age of everything being fast and highly edited, we got these in one take. Let’s slow it down and get it right. Honestly, the easiest part of making this album was making the videos, and that’s usually not the case.

CM: You also released a podcast series explaining the origin of the songs. It seems like this was the most personal piece of work you’ve created.

JB: I was very close to calling the album “John Butler,” and didn’t only because of the logistics of Spotify playlist tracking and festival lineup confusion it would have caused. But it’s totally a John Butler album.

CM: “Wade in the Water” credits “Midnight Rider” in the liner notes. Did you have that song in mind when you wrote it?

JB: Somebody pointed it out later. They said, “Hey, dude, that’s so close,” and I thought, “Really?” And then, “Okay, I can hear that, but I didn’t intend to reference any of it.” So then I did my due diligence and called the Allman family, who had only recently lost Gregg Allman. They were so generous to grant permission, given the context of how I wrote the song.

CM: Tell me about your songwriting process. Are you still writing songs on the dobro?

JB: Whatever’s in my hand at the time influences what I’m writing. Lately, I’ve been practicing a lot of Indian-style fingerpicking on the lap steel. I went to India to study with Debashish Bhattacharya, so I’m writing a few songs with that.

CM: Is that an indication that the next batch of John Butler songs will be less produced and more roots-oriented?

JB: Maybe, depending on what you want to call “roots.” I’ve always played everything very non-traditionally. I don’t make blues music or folk music. My acoustic guitar goes through a Marshall amp and it has for 20 years. The song is the most important thing. I will do anything to bring it to life the way it wants to be. If it wants a drum machine and vocoder, I’m there. If it wants an Appalachian dulcimer, recorded through a simple microphone in my backyard, I’ll do that. I serve the song—not the style, the scene, the industry, or even serve the audience. I’m a servant to the song, and what I’m happy about is that after all that, there’s a group of people out there who like it. I feel lucky about that.

For news and updates about upcoming performances, please signup for our newsletter below.